Who is involved in this system? 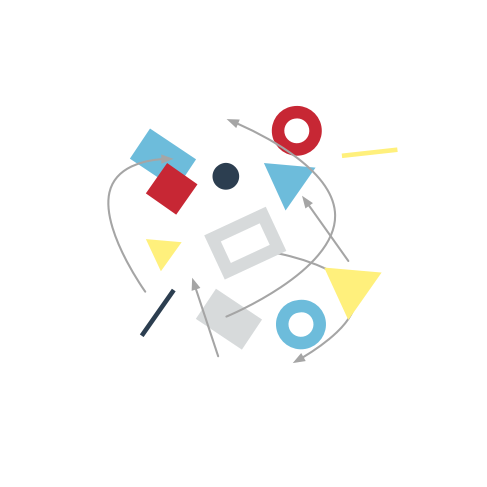 Actor mapping identifies the actors participating in a given system or related to a given issue and maps the relationships between them. Beginning with the actors linked to the process model, I identified key actors influencing a students’ education in Newfoundland and Labrador. These actors then became prompts for additional actors themselves, allowing me to articulate additional super- and subsets of actors and influencers in the system. Many of these did not directly influence the student, but instead were strong influences on those actors that did.

Once the map was saturated, I coded the connections by the flow of wealth and power, two of  Jamshid Gharajedaghi’s five systemic dimensions. These dimensions help to illustrate how the map changes depending on which of these values you are interested in examining.

The initial actor map offers a simple picture of the components of this system, illustrating the complexity by defining the sheer quantity of actors influencing a student’s learning.

This actor map offers further insights when refined and analyzed through Gharajedaghi’s iterative process of inquiry and multi-dimensional analysis. In the refined map, it became clear that the most prolific pathways between actors were wealth and power. This is intuitive: the governance of the other dimensions (beauty, or what we find joyful; knowledge, or what we find true; and values, or what we find morally right) are wrapped up in the wealth and power dimensions of this system. In other words, actors with power and wealth strongly influence the distribution and production of beauty, knowledge, and values.

Nonetheless, overlaying these two dimensions of the system essentially results in two interlinked subsystems. I will discuss them separately.

# The Flow of Power in the Education System

Power is created and distributed in this system through the election, administration, governance, and lobbying of actors by one another. Thus, it is a highly political environment: issues prioritized by the electorate and leaders are the most likely to change.

A few features of the power subsystem are worth describing.

First, the Government of Canada is fairly powerless, despite its symbolic position as the nation’s leadership. This is because education is provincially governed.

Second, both the University and the College are relatively independent. While the provincial Department of Advanced Education and Skills governs these institutions, they are also governed independently by their own internal leaders.

Third, several advocacy organizations enact political lobbying in the K-12 system, namely the NL Federation of School Councils and the NL Teacher’s Association. This gives these actors the appearance of power, but whether that power is realized depends–to a significant extent–the degree to which the actors they lobby allow their influence to hold sway. This is a complex interaction in and of itself, and it is liable that issues may need to be lobbied from multiple actors before any one lobbying effort would have success.

Centrality analysis reveals further salient insights. According to reach efficiency metrics, students themselves are significant actors–though this idea should be accepted with caution. Students retain a high level of influence because they will eventually become graduates themselves, and therefore will inherit the roles of all of the other actors of the system. This obviously takes time, and thus students may not be as useful for change as they appear. Parents place second on the reach efficiency ranking. This makes sense: parents are a substantial voting block in the elections of the province and play important roles on school councils. If a movement were able to mobilize parents to advocate for change throughout the rest of the system, they may have significant impact. The provincial government is also highly reach-efficient. Once elected on a four-year term, the politicians in the province’s leadership roles make decisions from a fairly alienated seat of power, setting the agenda for the provincial ministries that oversee the public system.

Eigenvector analysis (as a reminder, eigenvector centrality approximately indicates an elements’ overall influence) reveals that K-12 schools themselves are the most connected elements to other well-connected elements. Namely this is because schools administer and support educators themselves. This power may not translate directly into the potential for reform (schools themselves do not have jurisdiction over major curricula) but it does indicate the role school communities play in supporting movements for change within the system. The Board of Trustees, the governing body of the school district, is ranked second in eigenvector assessment. The Board makes ultimate decisions about operations, curricula, and other aspects of the K-12 system, so this is logical. Should the Board decide to prioritize reform, the change could quickly impact schools and educators. Finally, third on this list are educators themselves, who play a substantial role in both of the above elements. The interplay of these actors should not go unnoticed: their interaction is apt to produce systemic behaviour, as I will explore with causal loop diagramming shortly.

Educators are also substantial bottlenecks for change within the system, according to betweenness analysis. This is intuitive: any curriculum change, for instance, would ultimately be implemented through the educators of the province. If teachers resist changes or are slow to adapt, it will buffer impact on the rest of the system. Schools and school councils are next on this list for similar reasons. Third is the Department of Education and Early Childhood Development: even if other actors press for change, anything official must come from the Department.

Before I end this discussion of power between actors in the system, it is worth noting that actors in the post-secondary system did not appear prominently on the above metrics. This is perhaps because of the independence of those institutions, as noted earlier. A standalone examination of the post-secondary system might reveal more nuanced mechanics of power. For now, I simply note that – from a provincial perspective – levers for changing these systems are not readily accessible. This may work both ways, however: the post-secondary system is less entrenched in provincial politics and bureaucracy, and therefore can change independently of the rest of the system should it choose to do so. Thus, while the provincial system may not have much holistic influence, a dedicated change agent may achieve success through engaging with these institutions on their own.

# The Flow Of Wealth In The Education System

Doubtlessly the subsystems of power and wealth intertwine, as those who have power often decide where to spend resources. Still, a separate examination of the wealth subsystem has merit. Funding is a substantial incentive, both as a call-and-response mechanic for specific initiatives and in terms of the activities of different actors that the system is willing to resource. Policymakers might create project funding for educational institutions to apply to, for instance, or students may stop enrolling in particular programs if they deem those programs poor choices for post-secondary study.

The government is likely to be the biggest source of revenue for most of the actors in this system. Significant revenues for the government come from taxation, and thus there should be a “pays taxes” relationship between many of the actors in this system and the provincial and federal governments. I leave these links out, however, as the degree to which one pays taxes is not decided by the taxpayer. Here I am only interested in decisions about the distribution of wealth. Thus, the relationships observed in this subsystem are composed of fees and funding.

Reach efficiency metrics on the wealth subsystem elevate the importance of students, parents, and the Government of Canada. The Federal Government can offer funding opportunities for institutions and the provinces to improve innovation education. The reach efficiency of parents and students relates to the post-secondary system: they decide which schools and programs to enrol in, decisions that could become significant if the innovation education experiences provided by different programs are increasingly differentiated. The Department of Advanced Education and Skills, the main funder of the province’s University and College, places fourth on the list, with mechanisms for change through funding similar to the Government of Canada.

Eigenvector metrics were not calculable, unfortunately, due to the nature of the cycles defined by the map. This is not meaningfully significant–eigenvector calculations simply could not be computed due to the map’s structure.

Betweenness analysis found several bottlenecks at similar levels of betweenness centrality. The Provincial Government, the Department of Advanced Education and Skills, the Department of Education and Early Childhood Development, the English School District, Schools, the University and the College, and students and graduates themselves all ranked similarly. If anything, this means that the resources of the system are densely dependent on one another. The wealth distribution of the system is therefore potentially volatile, in which changes in the wealth of one element ripple to others.

← Back to Education Systemics